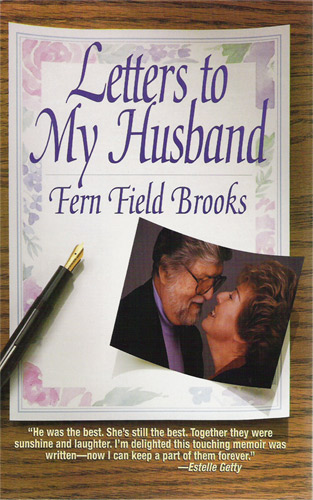 revealing of myself. I think when someone suffers an unbearable loss it opens us up and we suddenly know how others are feeling. And one of the things I knew without anyone having to tell me was that there must be a whole lot of people out there who were feeling what I was feeling. And maybe like me - there wasn't really anybody to talk to - not when you really needed it.

Not long after my darling husband, Norman, died I began to realize how irrevocably this had changed my life. I also had to face how difficult it is to find yourself alone at this stage of life - when everything is changing: your face, your body, your professional environment and suddenly - there you are - exposed, alone, without your cheering squad, without your moral support. It's scary and it's painful. And I knew if I could articulate what I was feeling it would help those who were feeling the same thing.

So I started to toy with the idea of writing a book. And I knew it would have to be brutally honest. I could not hide behind vanity, or try to whitewash the facts or my feelings because anyone reading it, who'd been through what I was going through, would see right through that. So I started to compile these kicky chapter headings: "On My Own"; "Dinner For One"; "To Date Or Not To Date" and nothing happened. Aside from the fact that my headings were trite to say the least - more important was the fact that no pages were formulating to go with them. So the book idea faded into the back recesses of my mind.

And then - coming up on the first anniversary of Norman's death I suddenly began to get an irresistible urge to talk to him. He had been, after all, my best friend. And I had survived now for almost a year without talking to him. In total denial in fact. It had been easy to do. I was away from home in strange surroundings - had been since almost right after his death. It wasn't hard to subconsciously pretend that Normy was out there, somehow, somewhere.

And then that magical December 19th - the magnificent kickoff to the Winter Olympics that was so special I knew Norman would have wanted to attend. And when I came home, although he had been walking in spirit by my side, I sat down and wrote him everything that I was feeling. And what I was feeling was "alone". That night, for the first time, I started to come to terms with that fact that my husband was gone - and I was alone.

I read that letter at the first anniversary memorial service we held and a lot of people asked if they could get a copy - they had been moved to tears. So a couple of months later when a friend of mine who's a literary agent was in Paris and we were talking about Norman, I gave her the letter to read.

And then I thought: Wait a minute - maybe this is the form the book should take. I can do that. That's talking to Norman. I'll write him letters - and I did just that. Every time I was sad, or lonely, or frightened, or stressed I sat down and wrote Normy a letter. And I began to remember things about our life together and all those crazy and wonderful years. And I spent the whole next year of mourning with my husband falling in love with him all over again.

So, writing this book helped me through a dark and terrible time. And now it is helping a lot of people through theirs. And best of all, it has brought so many special people into my life - my readers who have written and called me and told me how much my book has helped them. I thank God for that. I thank Norman for being who he was. And I thank you for sharing this time with me. I love you all,